How Can You Be The Best Beginner There Ever Was? 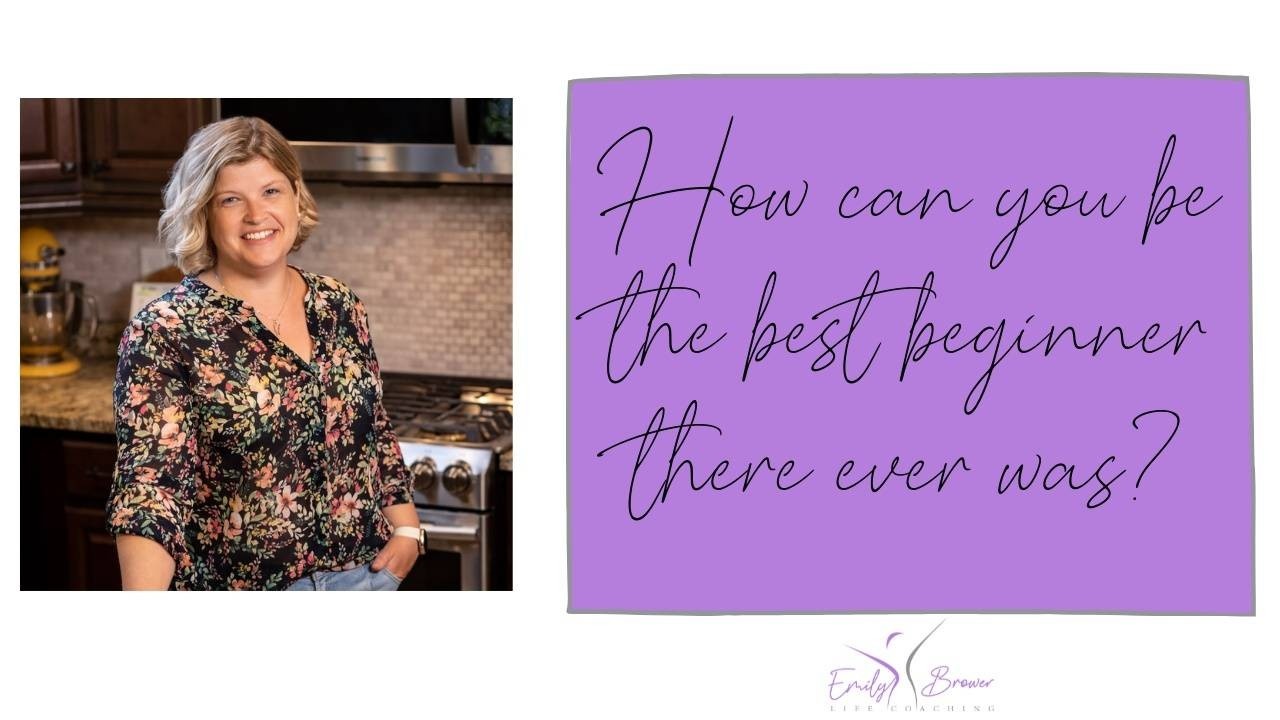 I want to talk to you about being a beginner

What is a beginner and what does it mean to you to be a beginner.

Some people will answer that and say, when I'm a beginner, I'm excited. I can't wait to learn new things. I think about all the opportunities.

Other people feel a great deal of fear around being a beginner. Telling yourself, “I should know better by now or I don't know the next steps to take I've never done this before.”

What do you make being a beginner mean? And why?

When I think about being a beginner, I ask myself, how can I be the best beginner there ever was?

And to me, the best beginner is somebody who has ambition.

Somebody who has passion.

The day is new, I have a fresh set of eyes on, a new set of opportunities, and a new set of struggles ahead of me. How do I want to be the best beginner there ever was?

Give yourself fresh thoughts to lean on and enjoy being a beginner.

And often I do that, but there are also times were to me, I look at being a beginner as you didn't learn something right the first time, or I might ask myself, why don't you know this? Why aren't you able to do this? I, for example, when I signed up for First Strides this spring and I put myself in a group with other runners, it became real evident, real quick, how much progress I had lost.

And so here's what happens with that in my mind and see if you can relate to this.  On one side, I'm really proud of myself for being there and for showing up, and for getting back into running, because I really loved it when I was doing it.

Then the other side of me looks around at my running group and I have a whole host of thoughts about why am I in this group. Why aren't I going faster? I can't believe I'm still behind these people. I don't know if I have the energy to pass.  So there are two sides to this story of being back at the beginning stages of running and my whole experience of being back at First Strides. Being back out on the road, and running again is going to be largely dependent on which set of thinking I lean into.

Am I gonna lean into the thinking that being a beginner is an opportunity to be back out there to be running again, to be proud, to feel good, to get some exercise, to make some connections, or do I want to lean into the beginner story I have of, I shouldn't be here.

Both sets of thinking might feel very true to me and it's my decision to lean one way or another. The same thing is true in my parenting relationship right now with my children. They've both at the same time,  entered a new phase where something different is required of me in my parenting role. And I'm adapting to that. And I'll be honest. I have a story in my mind about how this is crap. This is crap. They shouldn't treat me a certain way, or they shouldn't say a certain thing, or I can't believe he said he hates me. I can twist up in that story and spend my energy there or I can say, all right, we've reached a new phase. What I'm doing is no longer working and how can I be the best beginner there ever was when it comes to being a parent of a seven-year-old and a nine-year-old, same strategies for five and seven, aren't working, now I need to adapt.

And what happens if I'm holding myself to a higher standard than what I'm performing at? I'm going to be comparing my current efforts to my past results. And that's really not fair to me.

My past results were based on efforts that I was putting towards a five and a seven-year-old that were working. Those same efforts toward a seven-year-old and nine-year-old don't work at all. So, I have a choice. I can either point out to myself, that this isn't working, you used to be able to do this. Why are you struggling? Why are we back here, we don't know what to do back in beginner land, or I can say this isn't working. How can I be the best beginner there ever was in this new state? And I'll tell you, the first thing I thought was, I want a conversation with the pediatrician. I want a little guidance. Is it embarrassing to call the pediatrician to say I have some concerns? I have some questions. Sure it is. But also I can be a person who feels embarrassed and still seeks answers. I don't want to not follow through on the need that I can see because I'm ashamed to be a beginner in a new stage.

The same thing happens in the program that I run. I don't expect members to come in, have one 1-on1 with me and then just get it and go out and perform and lose all the weight and do all the things and have all the confidence. No, I expect them to come in and be a beginner. Not really sure what to expect. Not really sure the how, but knowing they have it in them to figure it out, knowing they can feel the discomfort. They can feel the unknown and they can still search for their results. They can still find answers that will move them from being a beginner to their next phase.

So what if being a beginner is just an opportunity?

Just an opportunity to learn the next stage. Would that change your opinion of being a beginner? Would you redefine it for yourself? Would you take pride in being a beginner, having the bravery to say yes to something, to try something new? There's a whole bunch of people who won't try new things because they've never done it before.

I was thinking about where else have I let myself be a beginner? The business world is one of those places. This isn't my first business. Emily Brower life coaching is not my first business. I also had a partnership with my sister and we had a business called Best Buds Organics. We sold CBD products. We went into that, letting the how get in our way.  We spun our wheels a lot because we didn't know the how from point A to point B. That was our biggest mistake, thinking we needed to know the, how before we did the do - that’s backwards, totally backwards. But we didn't know that and we didn't let ourselves be a beginner. We thought we needed to show up at the first table as an expert where nobody would think we were beginners but worthy of their time, their money, and putting our products on their shelves. That didn't work.

Turns out all along the how is to let ourselves be a beginner.

And I wouldn't have found this road that works if I hadn't let myself be a beginner again. And again, and again. I like to think of that as my research phase. I'm just going out and I'm trying all of the things, what works, what doesn't work? What do I like? What do I not like?

Don't keep yourself stuck out of fear of being a beginner.

Beginners are the bravest.

When you don't let being a beginner stop you and you don't let going back to basics mean that you should stop. You can do anything you wanna do. I mean, think about that. How many of us will willingly say we're afraid to fail, but is it really fear of failure or is it fear of having to declare that you're a beginner again, you're starting over again.

Is it the fear of failure or is it the fear of beginning regardless? I encourage you to embrace all that comes with being a beginner. The good thoughts, the not-so-helpful thoughts. 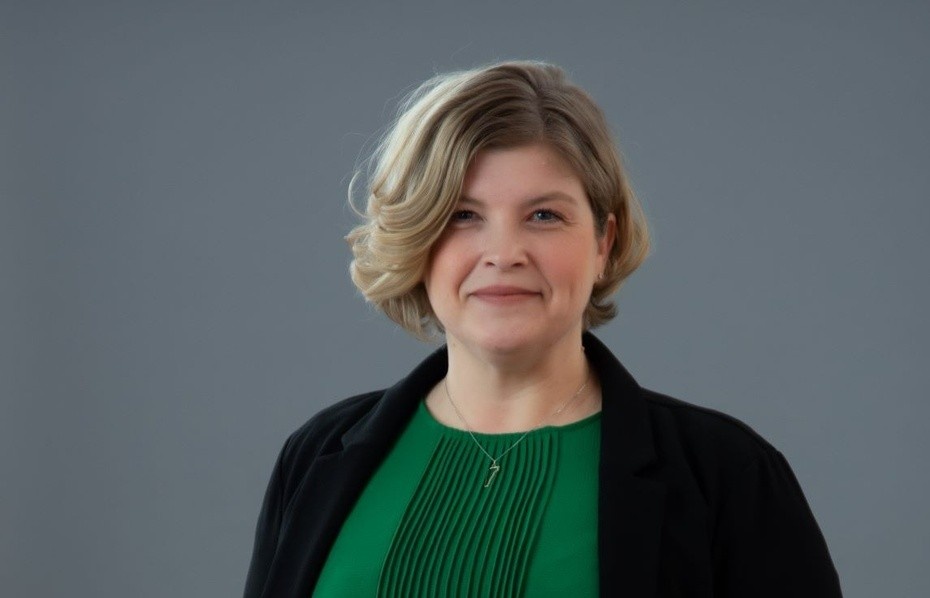 Share your e-mail so I can send free tips and tricks!

I promise not to send junk ;)